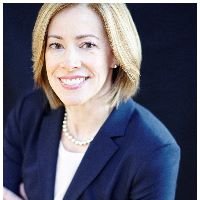 Networking has always been an important skill when landing a job in Canada. It’s a fact that many jobs are never posted on career search websites but are filled through referrals. Unfortunately, not everyone has access to a strong network of valuable contacts. An added complication is that networking during the global pandemic has changed. It’s more difficult to establish a rapport with strangers when you’ve only met virtually on a Zoom call or a Google Meet. After all, didn’t our parents warn us not to talk to strangers?

Like it or not, networking is essential to building your career. It’s estimated that 80% of positions are filled through networking. Keeping your ear to the ground and staying top-of-mind in a strong network for referrals is key. It’s not just who you know, but who your second and third-degree connections know. But what happens when you don’t like networking, or it doesn’t come naturally to you?

Last week, I set out to discover some insights from two of my networking groups. Surprisingly, I experienced two different reactions.

Group 1 None of us had met before, so we were virtual strangers. At first, I was met with silence, so I broke the ice by introducing myself. In short order, everyone followed my lead and we fell into an easy conversation. It turned out that most of the group disliked networking. Despite this, we’ve all since connected on LinkedIn and are arranging one-to-one calls.

Group 2 There was an energy the moment the meeting began. We’re all members of the same professional marketing association and several people already knew each other. When I asked how they felt about networking, they unanimously agreed that they liked it.

So what’s the difference?

Each group had different motivations for attending. The first group was there to meet new people, expand their network and get help with their job search. The second group’s purpose was to learn how to network more effectively and advance their career. While both groups shared a common purpose, they came for different reasons.

There are a plethora of articles on the internet about “networking with purpose.” Having a short list of goals ensures that your time is well spent. What companies or people would you like to be introduced to? What resources do you need? How can you take the attention off yourself and change the focus, perhaps by raising the profile of your employer instead?

But there is a step missing in this approach.

For some people, networking makes them uncomfortable, especially when asking strangers for help. In my second networking group, we were wisely advised by the President of the American Marketing Association, Miglena Nikolova, that the best approach is to give, before you ask for anything. Show up with your authentic self and give your full attention to the other person.

Before attending an event, why not go through your contacts and identify some people whom you can help? When you put the focus on someone else, it’s easier to establish rapport and build your confidence. I’ve met some incredibly positive and helpful people who have given so much of themselves this past year. And we’ve never met in person.

If you’re nervous before meeting new people, you may find it helpful to rehearse your elevator pitch out loud. I find that practicing in front of a mirror improves my delivery and boosts my self-confidence.

The best networking calls happen when both people research the other’s profile on LinkedIn ahead of time. It’s easy to find some common connections or shared interests that serve as great conversation starters. There is nothing more flattering than someone who comes prepared with questions for you that are personalized to your experience. You feel like they already know you.

Networking is like a muscle. When you practice it regularly, it becomes second nature. Come prepared. Be generous. And don’t listen to your Mother…. go ahead and talk to strangers! You never know when good things may happen.